ABOUT US / OUR HISTORY

York Archers was founded in 1928 by a small group of archery enthusiasts. To put this date into perspective, in 1928 Fred Bear was 26 years old, Saxton Pope had published his classic “Hunting with Bow and Arrow” just 5 years earlier, and the Great Depression had not yet begun.

Shooting occurred at multiple sites, most likely with significant overlap in dates. 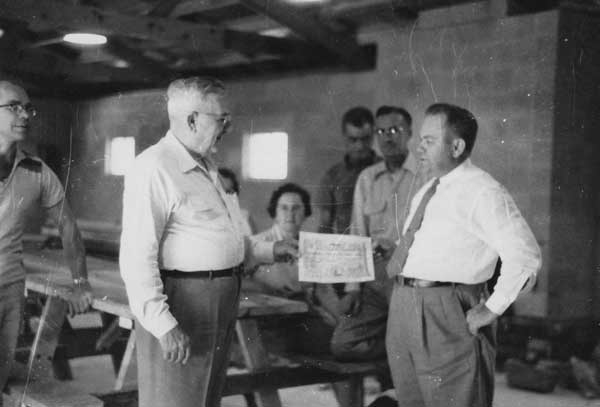 From information pieced together from old newspaper articles, it appears that the club shot at Haines Race Track (near what is now Nello Tire) until 1940, putting up and taking down targets for each shoot. For the following 14 years the club used Smalls Athletic Field (part of York City Schools), and starting in 1954, Memorial Park (now Bob Hoffman Fields). York Archers also shot indoors at the YMCA, where up to 30 shooters could be accommodated at ranges up to 28 yards. There were many influential members during these years, but the most prominent was D. Everett Moore, building engineer at the York YMCA, trap and skeet expert, and designer of the York Archers' clubhouse.

Dr. Michael Bowser, an oral and maxillofacial surgeon, joined York Archers in 1949. At that time the club was using the farm of one of its members, Gilbert David, where they had established a rocky 14-target field course which both encroached onto neighboring properties and promoted the destruction of countless cedar arrows. After returning home from Air Force duty in the Korean War, Dr. Bowser identified a tract of land in Lower Windsor Township surrounding Cabin Creek that he envisioned would be an ideal site for an archery club. He and his wife Jean purchased the property in 1953, and as soon as the ink was dry on the deal, club members began construction of the upper 28-target field course. Dr. Bowser paid the property's carrying costs until York Archers accrued enough money to assume ownership. Club members worked tirelessly and enthusiastically during these years to develop the raw land into an archery club. With the help of Dr. Bowser's tractor, a bulldozer provided by Duane Shaull (of Shaull equipment), gravel donated and hauled by J.E. Baker, dynamite for stubborn tree stumps, and most importantly thousands of volunteer hours, the road, range, clubhouse, and two 28-target field courses were created. The clubhouse was completed in 1958, the same year as the club's first formal field shoot.

York Archers pioneered the sport of 3-D shooting. Starting in the mid-to-late 1950's, the club held 3-D shoots using full-sized homemade targets including a motorized running deer, and hosted a “Bowhunter Weekend” designed both to entertain and to prepare participants for the upcoming archery deer season. These shoots began long before McKenzie and Delta targets were introduced (1983), and the International Bowhunters Organization (the primary governing body for tournament 3-D archery) was founded (1984). The club still holds its traditional Bowhunter Weekend in addition to many competitive 3-D shoots throughout the year. The running deer still works.

Today's York Archers exists because of the cumulative dedication and enthusiasm of many people over many decades, each with nothing to gain except to promote and participate in the sport that we love. We are particularly grateful to Dr. Michael Bowser for his vision and commitment, and to the countless volunteers who built the club then, and continue to make it work now. Eboracum Supremum: The Story of the York Archers Emblem
We cannot be entirely sure when the York Archers Emblem was created. Dr. Bowser believes he first owned a patch in either 1950 or 1951, sewing one onto his back quiver. We are fairly certain that the design belonged to Merrill Briggs, club president in 1948. Mr. Briggs, a designer for the Harding Foundry, created cast bronze pins in the shape of Susquehannock arrowheads, given to club members each year who took big game with bow and arrow. He also had extensive botanical knowledge, and was able to readily identify local trees and flowers by both their common and scientific names.

It should be no surprise that such a fellow would want a Latin phrase on the emblem. Why eboracum supremum?

The short version is that “Eboracum” was the name given by the Romans in 71 A.D. to what is now the city of York in northern England. “Eboracum” can be loosely translated as “place of the yews”, making it even more appropriate for the motto, given the importance of the yew tree to archers and bowyers. “Supremum” means just what it sounds like – the highest or the best.

What about the flower? This puzzled us for a while. It would make sense that it was intended to represent a white rose, since York is the White Rose City, but it does not look like the garden roses that we are used to seeing. However, York is called the White Rose City after the symbol of the House of York, a Yorkshire Rose. The similarity between the York Archers flower and the Yorkshire Rose on the silk patch seen below is undeniable. The other possibility is that Mr. Briggs fashioned the patch flower after the wild white rose, native to this area.

PHOTOS FROM OUR HISTORY 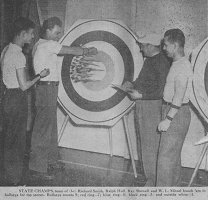 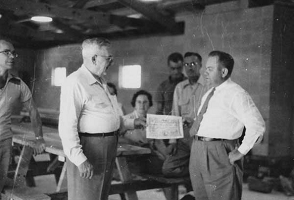 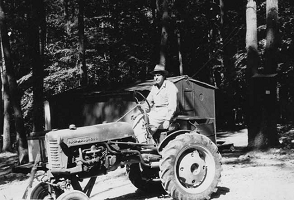 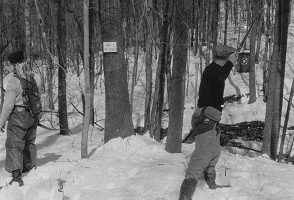 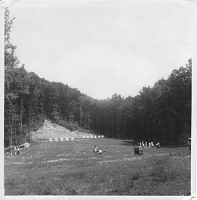 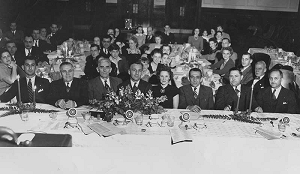 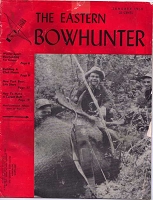 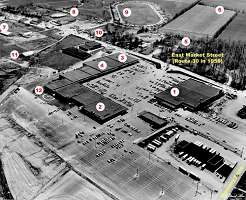 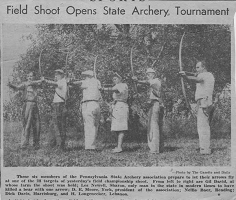 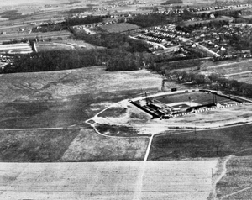 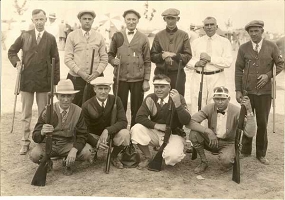 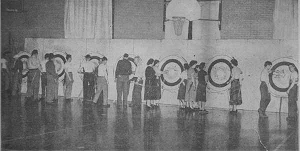 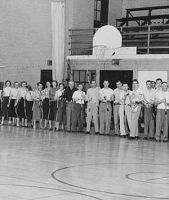 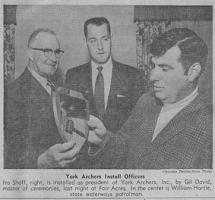 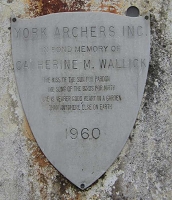 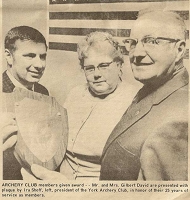 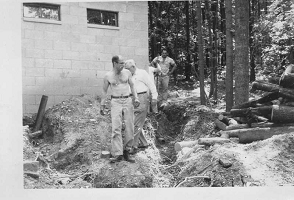 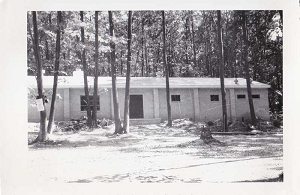